Civil Union and Marriage Contracts in Montreal and Surrounding Areas

For a civil union contract in Montreal and the surrounding areas, call on Dugas & Dugas Notaries!

Though laws tend to evolve slowly, from time to time, sudden change does occur. That's exactly what happened in June 2002 when a major amendment to the portion of the Civil Code pertaining to family law was adopted. At that time, Quebec took a remarkable step forward by introducing the concept of civil union: since then, all couples, whether heterosexual or homosexual, may choose to make their commitment official through a civil union. This is a fundamental change for Quebec society, especially for couples who had previously been unable to make their union official.

As in marriage, individuals joined in a civil union, in accordance with their notarized civil union contract, may choose either the separation of property, or the partnership of acquests regime. But, regardless of the regime chosen, the contract can be modified by mutual agreement during the course of the union. Any such modification must be notarized.

Should I get married or join in a civil union?

The commitment two individuals make to one another generally results in the preparation of legal documents that must be signed. Making informed decisions is therefore essential. To do so, you must be familiar with the options available. Do not hesitate to discuss such matters with your notary. A notary has the expertise to help analyze the situation and provide counsel regarding the matrimonial or civil union regime that is most appropriate for you.

Before a notary, you can choose the ceremony location of your dreams. By the powers vested in me, I hereby declare you joined in marriage. Until recently, only religious ministers or Superior Court clerks could pronounce these words to marry a couple. Since the new law came into effect last June, however, notaries have the power to celebrate civil unions and civil marriages.

The rules for celebrating a marriage vary depending on the type of union chosen. While the court clerk must celebrate civil marriages in a court, the notary may perform a civil union at a site selected by the couple. Although the couple selects the site for the ceremony, the notary must agree.

Choosing to have a notary celebrate a union is sensible, particularly when couples want to know the legal consequences of their commitment, and if they are interested in finding out more about signing a civil union contract. The notary is in a position to answer all of these questions.

Civil Union ... for an Amicable Separation

Under the new law, if spouses joined in a civil union choose to end the union, they may opt to dissolve it before a notary rather than going to court. This major legal innovation could persuade more couples to opt for a civil union rather than marriage, not because they are planning to separate in the future, but because they are aware that such an event could occur.

By means of a joint statement and a notarized contract, spouses who are in agreement regarding the separation of property and other products of their union, such as the family patrimony or a separation indemnity, may dissolve their union without any other formality. This is a truly "amicable" separation, without court intervention. However, when the interests of joint children are at stake, the court must intervene. 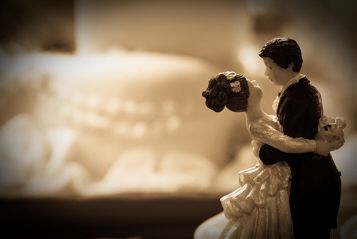 A Question of Trust

By granting couples an option other than de facto union and civil or religious marriage, and by allowing them to end their union by mutual consent, the Quebec government has demonstrated great respect for the wishes of individuals and for the choices they may make at the various stages in their lives. By assigning notaries a central role with respect to civil union, the Quebec government once again makes the most of the guarantees that their involvement provides.

Why is a notary necessary?

The decision to marry or join in a civil union must never be taken lightly. It is a decision with heavy consequences, during your life together, in the event of a separation or when one spouse dies. Couples who want a matrimonial or civil union regime that is adapted to their particular situation must have a notary draw it up because, without a marriage or civil union contract, the spouses are automatically subject to the partnership of acquests regime. As in the case of a marriage contract, the civil union contract must be drawn up by a notary.

It is in the couple's interests for the rules that will govern their patrimonial organization to be drawn up clearly and precisely. The marriage or civil union contract expresses the wishes of the spouses. The legislator chose to give notaries the exclusive authority to draft and receive marriage and civil union contracts because it is of the opinion that these documents are important enough that they must be handled by competent legal professionals who will make sure that couples receive the necessary protection.

For all of these delicate matters, you can rely on Eric Dugas.

Are you dealing with an emergency?

You can count on us, anytime. We’ll be there, with compassion. 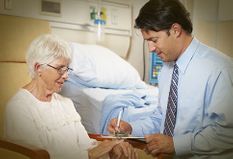 If you have any questions or if you would like to request more information, please fill out our form.